Ireland’s independent human rights watchdog, the Irish Council for Civil Liberties (ICCL) has been awarded the prestigious “Community Group of the Year” award at the People of the Year Awards, alongside its partners GLEN (the Gay and Lesbian Equality Network) and Marriage Equality. 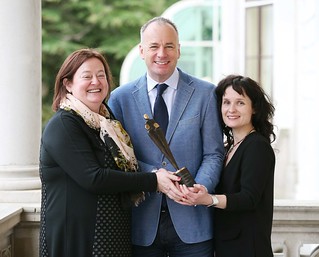 ICCL, GLEN and Marriage Equality designed, built and ran the acclaimed Yes Equality 2015 referendum campaign which led to over 1.2 million people voting in favour of full civil marriage for same sex couples in May 2015. Marriage equality became the law of the land in November this year when the Marriage Act 2015 was signed into law.

Shortly before accepting the award on behalf of the ICCL, Deputy Director, Deirdre Duffy said:

“The ICCL is deeply honoured that the impact of its equality work has been recognised in this way on the eve of the Council’s 40th anniversary as Ireland’s independent human rights watchdog. Yes Equality 2015 could not have happened without the close cooperation of our partner organisations GLEN (Gay and Lesbian Equality Network) and Marriage Equality, whose contributions to the Yes Equality campaign are also being recognised this evening.”

“This award really honours more than 1.2 million people in Ireland who heard our message and overwhelmingly voted yes to equality” Ms Duffy concluded. 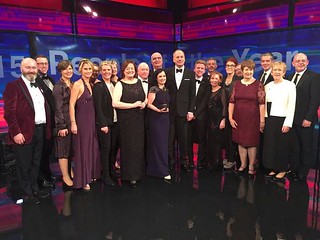 Team Yes Equality 2015 accepting the People of the Year Award for Community Group of the Year.

The ICCL was founded in 1976 by former President Mary Robinson and others and has worked to secure full equality for same sex couples for nearly four decades.

The successful YesEquality 2015 coalition was created in 2014 by the Irish Council for Civil Liberties, GLEN and Marriage Equality. It was led by a Campaign Executive Group in which the three organisations were represented by ICCL Executive Director Mr Mark Kelly, GLEN Board member Kieran Rose and Marriage Equality Board member Ailbhe Smith, working closely with Grainne Healy of Marriage Equality and Brian Sheehan of GLEN. The Campaign Executive Group appointed Grainne and Brian to run the day-to-day operational aspects of the final stages of the campaign.

Stop the Card and Delete Our Data!!

The Data Protection Commissioner has said the government has no legal right to insist on the card for services outside of welfare.
If you have a card, your personal information could be used unlawfully and stored in a way that makes it vulnerable to theft.

and help us fight this!